It’s official: being brainy is buff Contrary to what Tinder has been trying to tell us, research has shown being intelligent is a factor for attractiveness. Thank freaking goodness.

Not a total bombshell based on a quick perusal of society and studies in the past, though a relief nonetheless, the Journal of Personality and Individual Difference will report a correlation based on research from Western Sydney University in Australia.

‘Is smart sexy? Examining the role of relative intelligence in mate preferences’, due for publication in March 2019, asked 600 adults to rate the attractiveness of hypothetical partners for short- and long-term relationships, based on descriptions of their cognitive and aesthetic offering; more or less smart than one’s self and ‘insufficiently’, ‘sufficiently’ or ‘abundantly attractive’.

Findings showed we find equal or greater intelligence important in a mate, though intelligence only became relevant when the potential partner was at least ‘sufficiently attractive’.

‘Given the role of physical attractiveness in short-term relationships, there is little sense in people’s minds to consider whether someone is smart until the most important (i.e., necessity) trait has been established to be at a sufficient level. Physical attractiveness, in the short-term context, acts as a prerequisite so that a person might be considered for further interaction,’ explain the authors.

Brawn (well, looks in general) was prioritised over brain for short-term relationships, but less intelligent people were still classed as less desirable across all attractiveness categories.

In a nutshell, it concluded people are looking for partners with at least equal levels of intelligence as themselves — especially for the long term.

It’s worth noting that high levels of intelligence ‘[come] with [their] own set of costs like a greater probability of defection and even a sense of superiority’, write the authors, meaning people are worried a smart partner would ditch them or spark up an inferiority complex.

A study earlier this year, published in Intelligence, suggested, rather than desire based on biological or financial benefits, intelligence in itself is the fanciable factor.

Previously, based on wide-ranging research across 33 countries, it was found ‘intelligence’ is rated only second to ‘kind and understanding’, when it came to features to look for in a partner. 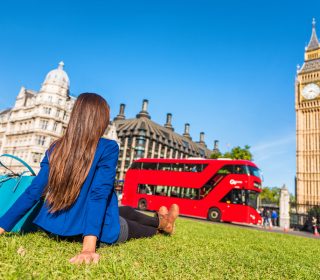 Nine of the best places in London to induce relaxation Read More
You are reading: BALANCE / It’s official: being brainy is buff