40 Years Of Zen: What is five days of intense brain training really like?

Get switched on, unload that emotional baggage and find your zen in this peaceful, sun-soaked, west coast retreat This is not quite the kind of thing you read in a holiday brochure: Travel to a mysterious mountain retreat outside Seattle for a week of electrical brain stimulation. Even the name of the centre made my suspicious, risk-averse, bullsh*t-detecting mind, well, suspicious… 40 Years Of Zen.

I was told it was called this because after being wired up to cutting-edge technology for a week, our minds would be able to access deep states of calm similar to someone who’s been meditating for 40 years. Who needs to become a Buddhist monk when one could simply strap on the electrodes and sort the whole thing out in a week? Was I signing up to a cult? I decided to switch off my scepticism. Besides, I was excited that some of the most successful business people, Hollywood elite and athletes had done it.

Arriving in Seattle on a Sunday afternoon, I had time to kill before the course started the following day. A chance to prop open my jet-lagged eyes by sampling Seattle’s hip coffee culture, and go and stare through the windows at Amazon’s new no-credit-card ‘in-store experience’.

I stayed at the beautiful Cedarbrook Lodge, more like an alpine retreat than a hotel, on the outskirts of Seattle. The training was billed as ‘fully immersive with very long-days’, so I thought I’d be grateful for a comfy bed at night. Attendees can stay anywhere they like in the surrounding area, and a good way of saving money would be to stay in an Airbnb nearby.

The sun sparkled outside the 40 Years Of Zen sanctuary mansion as our nervous group of five arrived on the Monday morning. After a short introduction to the concept of neurofeedback, we were introduced to the ‘pods’ which were to be our homes for the week. Entering the pod for the first time, I was forced to sit prone as I had thick goo (conductive gel) smeared on to various points across my scalp. Then eight electrodes were firmly attached to my skull with wires heading to a nearby laptop. Large headphones were placed over my ears and the lights switched off.

I could hear varying tones of white noise. Then, in between, a bell rang occasionally. I was later told the bell was ‘like a treat for the brain’. I definitely started to loosen up. 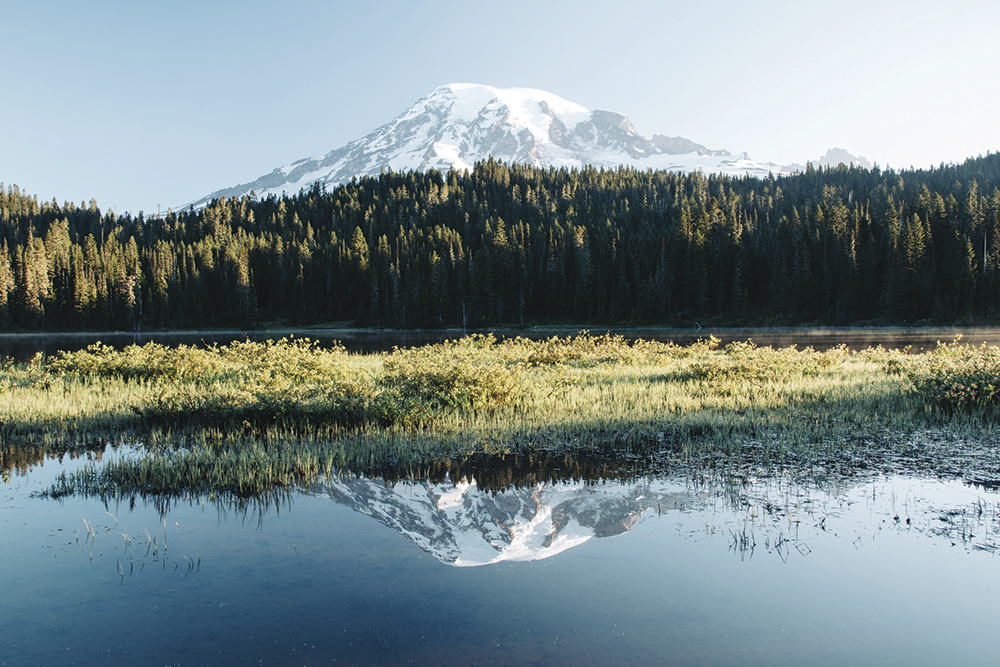 GO WITH THE FLOW

On the first day, I was given a selection of different meditation approaches to try. One of the nifty things about this advanced neurofeedback kit is you are given scientific data to prove which style of meditation is most effective for you. When I emerged from the pod after a couple of hours, I saw what my brain had been doing on a screen.

Much of the focus was on improving the alpha brainwaves which help to cultivate a calm, relaxed awareness that’s often called a ‘flow state’. It turns out the best way for me to do this is using a ‘detached awareness’ meditation style – watching thoughts and body sensations with detached awareness, noticing how no thought lasts and no sensation persists.

The five of us trooped down for dinner on the first day utterly zoned out. I’d arrived in Seattle with grand plans to explore the nightlife but, honestly, I was too whacked out after each day to do much else than eat the delicious high-fat low-sugar meals prepared by our private chef. Each morning started with a Bulletproof Coffee, blended with grass-fed cows’ butter (the founder, Dave Asprey, owns the facility).

As the week went on, we were taught to use a special technique to go through all the most difficult and traumatic moments in our pasts while in the pod.

Other delights of the trip included us having our brains literally ‘mapped’ via a headset with more than 20 sensors. Plus, daily acupuncture, yoga and supplements were all included. Sure, it was the price of a new kitchen, but after five days, I felt like I tapped into some deep, self-awareness.

Due to the programme, I’m full of creativity. Perhaps I did upgrade my brain, eh. Booking info: 40yearsofzen.com
Cost: £11,699 for five days.
Flights: London to Seattle, fly direct from £700.
Hotel: Cedarbrook Lodge, Seattle. Double rooms start from £125 a night
per person.
The centre is in the hills of Kent, Washington, 20 minutes from the airport.

Sounds can induce different brain wave frequencies when played into each ear. Try the 15 Altered States app for £2.99. WHAT EXACTLY IS NEUROFEEDBACK?
Electrodes are applied to your scalp to ‘listen in’ on brainwave activity. This signal is then analysed by a neurologist, so he can build a detailed map of your brain’s activity. The freaky bit is that your brainwaves can then be ‘shaped’ towards more effective performance. Or in the words of 40 Years Of Zen, to ‘boost fluid intelligence, stoke the creative furnace, and significantly enhance your mindful leadership’.

GET INVOLVED FOR LESS
If you’re interested in neurofeedback, start off by buying a Muse headband. A few years ago, anything that could perform the role of an EEG (electroencephalogram – try saying that in a hurry) would cost as much as a week at 40 Years Of Zen. Now, the Muse headband does the same thing – sort of – and only costs £100 (choosemuse.com). Time to Unite Against Breast Cancer Read More
You are reading: BALANCE / 40 Years Of Zen: What is five days of intense brain training really like?